As the main ingredient in beer, water is a critical issue for breweries of every size. Every gallon of beer produced requires 7 gallons of water to make. Breweries are often dependent on the goodwill of their local community. As a result, many strive to enact measures for water sustainability and conservation that go above and beyond what the law requires. Hydro International solutions can help breweries by optimizing their wastewater treatment processes and reduce surcharges.

Smaller breweries may be able to discharge to a sewer system. However, the high BOD and TSS levels can lead to surcharge fees. In some locations, surcharge fees may be a reasonable cost of doing business. In other locations, surcharge can make or break an operational budget. Sending large volumes of high BOD and TSS wastewater to a sewer system has the potential to completely overwhelm municipal treatment plants, making surcharge a potentially very serious issue. Biological Oxygen Demand (BOD) and Total Suspended Solids (TSS) are both very significant issues that breweries face in their wastewater. Typical domestic wastewater has a BOD and TSS of about 150 mg/L. Whereas typical brewery wastewater can have a BOD of 10,000 mg/L and a TSS of 5,000 mg/L.

How Can Breweries Reduce TSS and BOD in Wastewater?

TSS and BOD in wastewater are big issues for brewers. A brewery’s TSS comes from things like spent hops and grains and bits of yeast that are washed into wastewater during operations, equipment cleaning and CIP activities. Conventional wedgewire screens have been used for years to reduce TSS. However, despite being called “fine screens” this technology is not very effective at capturing the smaller particles which often cause the most problems for breweries. What's really needed to combat those fine particles is the Hydro MicroScreen ultrafine rotating belt filtration system.

Conventional fine screening systems typically remove solids 500 micron (0.020”) and larger while the Hydro MicroScreen™ removes solids as fine as 100-micron (0.0039") and larger. This revolutionary technology effectively captures particles that are 1/5th the size of the smallest size that conventional screening can remove. This provides significant reduction of brewery wastewater’s TSS than wedgewire systems can provide.  Soluble BOD from sugar and alcohol is particularly problematic as it cannot be easily filtered out. However, the organic content of brewery TSS contributes to total BOD loading as particulate BOD that ultrafine belt filtration is so effective at reducing.

The most common way to reduce soluble BOD is aeration. However, aeration systems are expensive to operate with the electrical costs of blowers or compressors rapidly eating away at profitability. Reducing TSS before it enters aeration systems maintains processing capacity and reduces electrical costs. Aeration diffusers can’t operate effectively when smothered by solids which forces blowers and compressors to use more energy. Remove those solids with a Hydro MicroScreen™ to preserve your capacity and reduce your electrical costs.

What is Side-Streaming of Brewery Wastewater?

Side-streaming helps to minimize some of the impacts of high strength wastewater by removing concentrated wastes at the source before it hits the drain. Side-stream systems can be as simple as putting covers over drains to much more complicated anaerobic digestion systems. Despite the best efforts to side-stream a significant amount of high strength waste is going to enter a breweries wastewater through activities such as lauter tun and hop-back cleaning and CIP.

Finding the most efficient way to solve operational problems is key to any brewery’s success. The Hydro MicroScreen™ system significantly reduces the load that breweries need to send to wastewater treatment processes and can prevent or reduce surcharge. The Hydro MicroScreen™ outputs compacted and dewatered by-product that can be much more cost-effectively disposed of compared to treating it in an expensive wastewater treatment system. On-site wastewater treatment systems are designed to efficiently treat liquids, but they are not so good at dealing with solids. By-product removed and dewatered before it enters wastewater treatment provides new revenue streams through selling it to secondary producers as fertilizer with reduced hauling costs while simultaneously preserving the capacity of downtream treatment equipment. 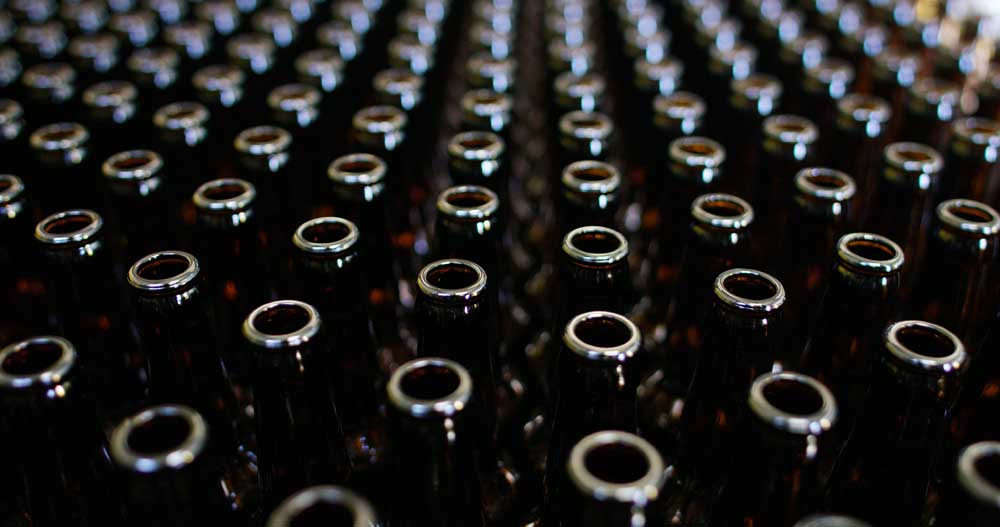 Request a Brewery Wastewater Presentation at Your Facility

If you're in the US or Canada we'd love to stop by your brewery to show you how our food processing wastewater treatment solutions can save you money, increase your efficiency and improve your operations. Register your interest and we'll set something up.