A large carrot processor near Bakersfield, CA was unsatisfied with the performance of their existing disc screen system. The effluent from these disc filters was fed to a spray field system that irrigated crops used for animal feed. The solids concentration that entered their irrigation system determined the area required for the spray field. The higher the solids, the larger the spray field required, and the lower the efficiency.

Despite having 75-micron screens, their existing disc filters were allowing too many solids through forcing them to irrigate a large spray field. The materials coming from the disc filters also had to go to a separate dewatering system. This dewatering system was nearing the end of its usable life and producing a very wet product that was difficult to handle and expensive to haul. 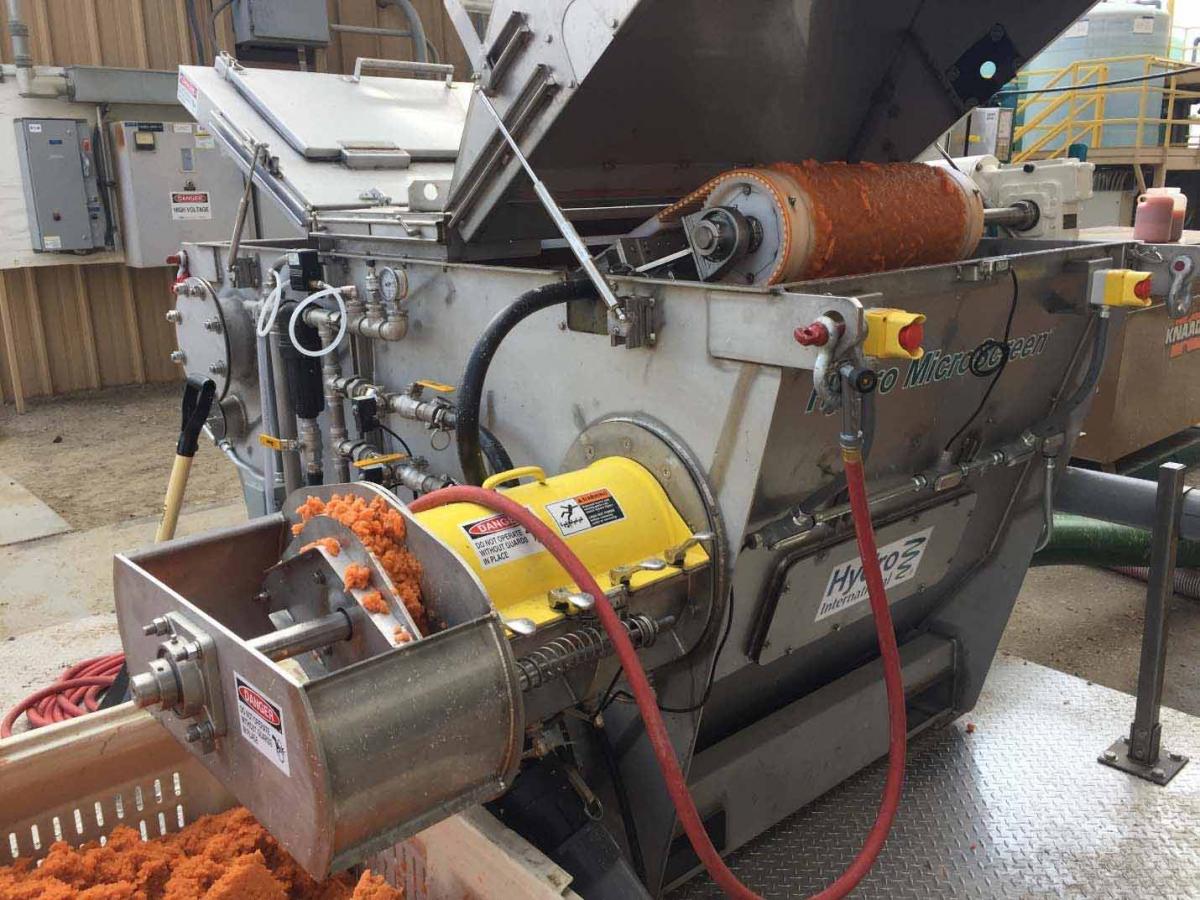